No longer a zombie 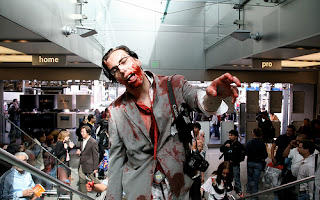 Wow after doing 3 games last night I came home looking just like this guy up above.  And feeling like him too.  A cold shower did a lot to at least cool me off as it was huuuuuuuuuumid yesterday and last night.  At least it cooled off some as the sun went down.  The games themselves went off fine and I only was hit pretty good once in the back, but when we finished I was ready to get off the field.

I woke up this morning looking better but still feeling zombieish and my legs were sore but I felt better than I did last night.  The PQ and I took her mother out to breakfast.  Some steak and eggs, toast, and homefries with plenty of coffee and tada, no longer a zombie.

Just got back after picking up a couple of prescriptions and some things at the store.  I got out of cooking breakfast today by using some referee cash and buying it but the PQ has already told me I'm not getting out of cooking dinner for her.  So I had to pick up a few ingredients and some salad stuff.  Chicken piccata at 5:30.  Drop by if you want a bite.

Time for some picks.

There isn't a lot I like today on the NFL slate but here's a couple I may play.

I'll take the over 54.5 in the New England/Buffalo contest.  I don't see either defense doing enough to stop either offense.  I figure we might see a score like 38 - 28 in this one.

I like Houston +4 in New Orleans due to injuries to both Marques Colston and Jonathan Vilma.

Give me the Raiders +2.5 vs the New York Jets.  This game should be a walk for Sanchez against the weak Raider secondary but this is the type of game where Sanchez has been known to lay an egg, especially if he is pressured.  The Raiders can get to the QB and NY lost their center, All Pro Nick Mangold.  This Raider offense has a lot of weapons, even with injuries to Murphy and Ford and may have found a star in Denarious Moore.

I was looking at the Steelers -10 (now -11) vs Indy but something about Pittsburgh doesn't seem right to me.  I expected them to completely blow out Seattle last week and 24-0 is a blowout but not to the extent I expected.  Yes Indy is pretty bad without Peyton but I just think this will be closer than that.  I also thought about taking Miami -1.5 vs Cleveland as I think they will play better on the road than at home.  I may still take that one.

Had a decent day on my short term investments yesterday.  LSU proved to me they are for real by thrashing West Virginia but it was a close game until the 4th quarter.   Alabama easily covered, Middle Tennessee St stayed right with Troy before losing by 3 and easily covering as well.  UCLA was the best of the picks as they won outright at Oregon St as a 4.5 point dog.  Wish I had played that one on the money line instead of taking the points.  But it was nice to finish in the money again this week.  Not sure if I want to put any of my profit on the table in today's games, maybe I'll just take the over in the Patriot game. 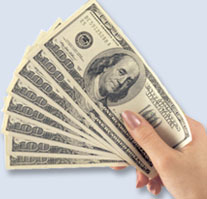 That's enough for now, almost kickoff time.  Stay lucky you nuts and remember, bet with your head, not over it.
Posted by The Neophyte at 12:47 PM

Hey could you tell lightning strikes to check out wwww.trackyourplaque.com.