Season of my discontent

I've been playing fantasy football for quite a long time now, since around 1995 in one form or another. You'd think I knew a little bit about it by now.  You'd be wrong but you might think so.   In all that time, this has to be one of the most frustrating seasons I've ever had.  I'm in 3 leagues this year, my wife's work league where I took 3rd last year, my work league that I won last year, and a new league.  2 are free leagues for bragging rights only, but my wife's league is a money league.

After the draft this year I really felt like I had a good team in my wife's league.   With Aaron Rodgers, MJD, McFadden, Jamaal Charles and Ahmad Bradshaw I was sure I would be fine with running backs.  My receivers were a little weak but with Antonio Brown, Eric Decker and Danny Amendola I thought I was pretty good and I figured on trading an RB for a top notch receiver at some point.

Well the best laid schemes and all.  First MJD gets hurt for almost the entire season, McFadden forgets how to run, and Jamaal Charles is coached by Romeo Crennell.  One week he gets 30 carries, the next he gets 7.  Hey Romeo, you have maybe the best running back and the worst QB in the AFC so why not spend entire games ignoring your RB?   Bradshaw was about the most dependable and most weeks that meant he was top 10 or 12.  My receivers were ok but Antonio Brown was a major disappointment.  And Aaron Rodgers was good but nearly as good as the previous 2 years.  So I start out losing 3 games, then winning 3 to get back to even, then lose 7 of 8 to finish the year.  How disappointing.   The other free league was even worse.  I didn't draft well in that one and ended up winning 2 games all year.  Even my work league where I made some nice draft picks turned out disappointing.  I went 10-2 for the year but finished 2nd in my division.  Then I proceeded to lose both rounds of the playoffs to finish 4th.  Overall a very disappointing year.

The only bright spot in my year was the pick em league I'm in.  I started out the year in 5th, moved up to 2nd in a couple of weeks, took over 1st a couple of weeks later and have never looked back.  I slowly extended my lead until for week 17, I am leading by 7 games.  There are 5 people within a game of each other fighting for 2nd and 3rd but unless I completely blow it, I should be good to win.  That's nice because that pays more than any of my other leagues.

My stock picks this year have been about as good as my fantasy football picks.  I really went after mining stocks this year.  I diversified across a number of junior gold and silver miners and even a couple of platinum/paladium miners as well.   I really believe at some point in the near to not so near future, gold and silver are going to skyrocket up along with interest rates in the US.  For now the Fed can keep rates low because Europe and Japan are worse off than we are.   At some point that will change and the market will determine our interest rates.  So I picked up some good junior miners at cheap prices but they haven't improved for the most part this past year.  My longtime pick Yamana Gold has done well up about 14% this year and it was up a lot more until recently.  Drilling company SeaDrill has been solid and pays a great dividend as does NY Community Bank who I've held for the past 4 years and those reinvested dividends are really adding up now.  Otherwise my stock picks have been forgettable this year.  I just believe at some point in the near future the only stocks you will want to be in are precious metals, energy, and strong dividend payers.  I  am looking forward to a much better year next year for some of them.  We'll see. 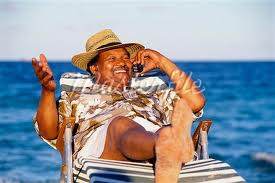 But I'm not getting to really enjoy it.  I'm taking a couple of enforced days from work starting today.  Seems like all year long I've been battling chest colds and I have another doozy now.  There is no way I could work today coughing like this and infecting the rest of the department would not have done me any good either.  And that's the least of my problems

Somehow I have also picked up an infection in my leg.  It is swollen, hot, and painful.  The doc basically said I needed to spend the next few days with my leg elevated while the antibiotics go to work on it.  I noticed some pain and swelling last week and hoped it would improve but when it didn't I figured I better get it looked at.  Glad I did.  So here I sit with my legs raised in my recliner, hacking up a lung and trying to stay warm.  That cold front that dropped snow and ice across most of the US brought some chilly weather here as well.  Not a white Christmas like they had in Dallas but still a bit cooler than I'm used to now..  I'll enjoy it while I can as in a few months it will be 90 again for 6 months straight.

Well that was my entire post from Thursday.  Kinda tells how lousy I'm feeling when I spend the whole day at home and get two paragraphs done.  But enough of my woes.

So much has gone on this year that I haven't talked about.  I've been so tired from work that I've had no energy to post much here.  For that I am sorry as I really would like to be one of these people who posts multiple times a week instead of a few times a month if I am really being talkative.  That's probably why some of my missives seem to go on forever and ever and ever, etc.

Haven't been playing too much poker lately.  I did play a tourney last weekend but my luck was very poor.  Early on I got a good read on 2 players to my left.  The guy across from me would never dump top pair  no matter what was bet it seemed.  I made sure it cost him when I raised in mid position with KK.  Flop was queen high and not too threatening so I bet about half the pot.  He called while one other guy folded.  I put him on a queen and hoped he hadn't flopped 2 pair.  Next card was a 4 that paired the board.  I put out almost a pot sized bet of 2500 and he called again.  Final card was nothing.  He checked again and I bet 3K into him.  I didn't think he'd call much more than that but I wonder if I had pushed all in if he would.  Probably.  That will come back to haunt me.

He calls and flips over KQ and is not happy to see my KK.  Thanks for the chips sir.  A bit later on I get 99 under the gun.  I don't like to push too hard with mid pairs early in a tourney so i just called.  Another guy called and the guy I had whacked before pushes in for almost 4K.  Everyone folds to me and I have to make a decision.  I thought it a fair chance he had 10s or Jacks but also very possible he had a smaller pair or Ace anything.  I weighed my options and called him.  I flipped over my 9s and he stands up and gets ready to leave as he flips over 7s.  But a 7 on the flop saved his ass and I didn't suck out a river straight or 9 of course.  Sometimes I hate this game.

After that things went badly.  Every raise was met by 3 or 4 callers.  It was hard to make moves when I didn't improve after the flop and I got some play back from others as well.  I did manage to sneak a straight on the turn from the big blind to make back some chips.  At the break I'm sitting on near 10K from my original 12K stack.  And I'm not thrilled.  Early on after we return I pick up AA in mid position.  I raise the 200/400 blinds to 1500.  Guy next to me is loose aggressive and calls and a guy across the table  in the big blind does as well.  Flop is queen high with 2 clubs.  I look at the pot of about 5K and my stack of just over 8K and decide my only options are to check or push in.  So I pushed in.  Guy next to me folds but the guy across the table hems and haws and gets a count then finally calls for about half his stack.  He has A9 of clubs.  Of course you know the rest.  The river is a club and its goodbye me.  I really cannot see putting in half my chips on just a flush draw there.  I wasn't giving him the odds to do it but then again, he wasn't overly bright anyway.

I wasn't overly unhappy with my play, I could have done a couple of things better but I got pretty unlucky twice as a fair favorite to lose.  And thats the difference between winning and losing tourneys.  You can make all the right plays but sometimes the luck factor just kicks your ass.

Outside of that the PQ and I have been over at the Hard Rock Casino in Tampa more than at Derby Lane.  She has been crushing the video poker games there walking out with 800 a couple of times.  I have done mostly ok but usually I play video poker for a while, lose some cash, go to the poker room and play Omaha 8 and make back more cash, then score a bit on the video poker before I leave.  Except for once where I got my butt handed to me in both Omaha and Video Poker.  The PQ is getting some decent comps for playing so much.  I'm getting free drinks in the poker room and thats about it.  But I haven't had her luck with games so I don't play nearly as much.

Well lets wrap it up.  I'm starting to feel like Kevin Costner in Tin Cup right about now after he lost his swing and tried all those contraptions.  I ve got Vicks on my nose, a humdifier going right next to me, I just took some cough syrup and ibuprofen, and I got some more antibiotic to take after dinner.
I'm feeling kinda like him but I'm starting to look more like this guy.