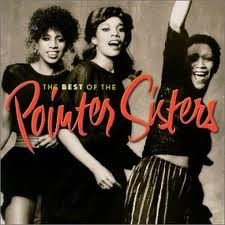 That I'll never be able to go to sleep. This has been the 2nd best Valentine's Day every"
That was the exact quote my wife said to me tonight on our way home. Home from where you may ask? Well the 2 or 3 readers I do have would probably remember that the wife and I were playing in a Valentine's Day couples poker tourney. I would say I have performed better in tournaments before. I was out in 45 minutes when I ran J8 into AJ on a JJ5 flop. That sucked. I wasn't getting much to work with and really thought the guy was trying a massive steal. One thing I have learned lately is to trust my reads and it's worked out pretty well for me. But some days I don't read as well as others it seems.
So I slunk off to the $1-1 no limit tables trying to salve my conscience. Saturday night I went out to play $1-1 and I had a good night turning my $60 buy in into $170 but this time it was a real struggle. Couldn't get much going hand wise and I couldn't draw out either. Made a couple of good pushes and had a decent read on the 2 maniacs at the table so that I was able to get back close to even after a couple of bad breaks early. I'm sitting there minding my own business when my phone buzzes. My wife sent me a text message saying she had just made a 7 high straight flush in the Valentines tourney. Now besides the money for the top 5 places, the best hand of the night wins a choice of these large diamond earrings or a diamond Tag Heuer watch. Well at that point, her hand was numero uno. Of course she had to sweat for the next hour and a half.
I kept playing and losing a bit then getting it back and decided to watch the wife for a while and see if she won. I got there in the nick of time. About 2 hours into the tourney they called one last hand for the high hand and she was still leading. One hand later and boom, she won. She chose the the big ass diamond earrings which was cool. I wouldn't have minded a new watch though. She was thrilled. I watched her for a while more but she wasn't getting anything going and her stack was down to about 7K. After winning the earrings which were worth more than 1st place in the tourney, she was not overly concerned with placing in the tourney. So I went back to play only to have my table break and have to go to a new table. I was just getting it going too. So I end up at this other table where there was this couple who were brand new to live poker. These people are calling down and betting with near anything. At first I had no read on them but after watching some of the calls, I new any decent hand like top pair would probably take them down. Of course, to get there I had to have something worth playing And that wasn't happening. Finally I get 77 UTG. I called a small raise along with 5 others. The flop was nice, Q 7 9 with 2 hearts. The newbie guy leads out for $2 and I raise him up to 8. Everyone else folds around to the newbie who calls. I put him on a flush draw or maybe a queen.

Turn is another heart, the 9 making a beautiful boat for me. He checks and I only bet out $5 which he calls again. Now I'm definitely putting him on the flush. River is the ace of clubs. He leads out $8 and I raise him to $20. He looks at me and I figure I might have lost him but he calls. I show him my boat and he flips over A8 off, no flush, no nothing till he rivered that Ace. Wow was I surprised. Not long after this I get a text from the wife. I'm figuring she's telling me she's out but instead I read "Come look at my big stack" So I head over to the tourney and it's getting down to the end of the last level. I look at my wife and she's sitting with this massive pile of chips, about 70K I figure. Looked like she had more than anyone at her table and there was only 2 tables left. The tourney ends and they count up all the stacks and put the teams together. Only one couple had both made it all the way to the end. They ended up in first. Our team, aka my wife, placed 4th. So on top of the earrings she walks out with almost $500 as well. Now that's quite a day.

Well that's enough for now. I gotta get some sleep. Good night all and stay lucky you nuts.
Posted by The Neophyte at 12:06 AM

Congrats to the wife! and nice teaser! I hope she won!

Congrats to the family on the cash (and high hand).

I show him my boat and he flips over A8 off, no flush, no nothing till he rivered that Ace

Chain him to the table, don't let him leave!