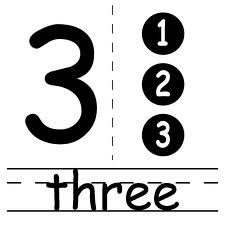 In other words THREE as in the number of days until PQ and I will be winging our way to the Holyland. We haven't been since November 2009 (our 25th anniversary) and I am so ready to go. Work has truly been a bear lately and if I didn't take some time off someone was going to pay. Do you hear me? SOMEONE WOULD PAY!! People have been walking very softly around my cube. Possibly with good reason too. I have not been the most laid back sort of late. But I am working on it. By leaving for a week.

I finally signed up for Full Tilt today so that I could play the Mookie and especially the VJ. Unfortunately I will probably miss next week's VJ, unless of course I go busto in Vegas. I will have a computer with me but I am expecting to be a mite bit busy next Wednesday. Mookie just started and I am at a table with Lightning and Very Josie. The funny thing is the 2 people Josie has been trashing lately are at the table too. Both HeffMike and JamyHawk are there but not for long as Jamy got moved pretty quickly. Then I got moved as well. I saw later that Josie was gone pretty quick. Lightning though had the misfortune of running his QQ into AA. All in preflop and he was first to bust. Sorry Light, we can have a beer next week and talk about it.

Made it to first break and haven't embarassed myself completely yet. Actually in 10th. Didn't get much cards early but made the ones I got pay ok. Late in the round I got AA twice. First time I raised in early position and everyone folded. 2nd I was in the big blind and got a walk. Yuck.

Cards have been pretty crappy since the break. I've picked up a couple of pots with nice flops and raised some pots preflop to take them down. Then I got lucky. Raised in middle position with 77. Julius Goat next to me pushed all in for about half my stack. I called expecting a big ace but was unhappy to see QQ in his hand. Flop was nice for me 658. Turn was an A but the river was my third 7 knocking Julius out. Apparently I won a bounty on Julius as well so I'm basically freerolling the rest of the tourney. I hit a couple of other hands, nothing major and found myself with a little over 11000 chips at the 2nd break, good for 3rd place at the time. 17 were left with 5 places paid.

Getting lucky with some hands after the break. Raised with AK and got 1 caller. Flop was Queen high. Bet the flop and he called, bet the turn and he called. River was an Ace and I took it down for a nice score. Then I called a small raise with 10-9. Flop was QJx and I called a 1/3 pot bet then the turn was another low card. I called a somewhat larger raise but still small in relation to the pot. I still had the straight draw along with a flush draw as well. River is a 10 of hearts. Didn't make me happy but gave me a pair. It was checked to me and I just checked as I didn't know if he was playing me with an AK or had nothing. He flips over A7 and I take it down with a pair of 10s.

Made it to the final table and moved up to 3rd place before it all came crashing down. Lost a race with AK against JJ. Then gave a few more chips away when nothing flopped on my AQ. Finally went out when I reraised all in with 44 and was called by Numbnuts errr Numbono with AK. Flop and turn missed him but the river filled a Broadway straight for him and I was out in 7th. I had some good luck, had some bad luck but mostly just played tight aggressive and picked my spots. It was fun but lasted too late for a weeknight. I got a lot to do tomorrow. So I bid good night to all and hope all you nuts stay lucky. Except Numbono. He got lucky enough with that broadway. By the way, its 2 days to Vegas.