It's the Final Countdown 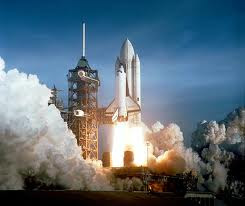 T Minus 5 everyone until we blast off to Sin City for some fun and games. Checked the weather today and they seem to be 10 - 15 degrees cooler. Guess I have to pack a bit of cooler weather gear like long sleeved shirts and at least one jacket. I won't be outdoors too much but with 6 days of fun and games to experience, I expect to travel a little. I got my hair cut yesterday and my barber said I need to go out I-15 to Utah through the Virgin River Gorge just to see it so I might.

Damn I'm getting excited just thinking about it. Its only been about a year and 4 months since I last went there but every trip to Vegas just brings so much fun. In 2009 when the wife, who shall be now called Poker Queen or PQ from now on, (her demand errr request) and I last were there we suffered a lot of losses early on but it all turned when we went downtown and played there for awhile. We went to Fitzgeralds and signed up for their Players Club. They had a bank of Video Poker machines that had a sign over them saying they would give a free steak dinner if you hit quads. So we sat down. These machines were a lot bigger than the ones we were used to playing on. No matter, we both sat down and started playing Double Double Bonus. Before long she hits a nice quads for $200. I tell her to cash out and now we find out why these machines are so big. They pay out in Quarters. There is nothing like the sound of 800 quarters being distributed to get your heart racing. I think Vegas made a mistake going to all these machines that pay out with tickets. The sound of coins hitting the pay slot just makes you feel all warm inside. We play for a good while hitting quads 5 times between us. We never hit the biggest paying quads but we each walked out with about $400 more than we went in with plus free steak dinners to boot.

After that our luck turned for the remainder of the trip. We hit more quads on other Video Poker machines, mostly at Casino Royale where we enjoyed playing the most. I played a good bit of craps and made some nice cash off this guys monster roll. Fooled around on the roulette wheel for a little while and noticed the dealer had a bias in the way she was spinning it. I noticed a bit late in her shift unfortunately but this other guy also saw and he cleaned up. I made a bit of cash for the short time I played. Went back to Video Poker with PQ and was doing nicely while she wasn't making much. The she grabbed my leg and said "Oh honey look at this" and I look over to see the club royal flush on her machine. Bingo! $1,000 here we come. We had a great time for the rest of our trip and it was nice for both of us to come back with more money then we left with.

This trip I think we'll play more poker than we did. We'll play more tourneys for sure as I think we only played one or two and I think we'll play a bit at the cash tables as well. I am definitely going to play craps again as I really enjoyed it last time. PQ and I have been checking out different daily tourneys to see what's going on. This is gonna be fun.
Posted by The Neophyte at 8:12 AM

I have a link to send me e-mails on the profile page of my blog. Send me your cell number and I will reciprocate.

I should be in Las Vegas Sunday morning. However, a family health issue could potentially derail the trip. I hope not.

GL out there and have fun.

GL to lightning, too, if he makes it!