I bungled in the jungle

Happy Sunday everybody.  I know many of you are looking forward to some truly awful weather today and in the next few days.  Here it's a bit chilly even.  High today is only supposed to be 72 and its pretty windy out.  Took the dog out a little while ago and I actually felt a little chilled.  Been quite a while since I could say that while standing outside.

Last week at this time I was sitting at the Buccaneers game sweating my ass off.  It was only in the low to mid 80s but sitting there surrounded by people it was pretty warm.  It was a fun offensive game against New Orleans but the good guys lost.  The refs didn't help hosing them on 2 different occasions but the Bucs defense was completely helpless most of the game and generated no pass rush.  Give Drew Brees time and expect to lose.  Still the Bucs drove down in the final seconds and appeared to tie the game only to have a shitty ref call go against them.  I understand you cannot go out of bounds and come back in and catch a pass but where is the illegal contact call for the guy who pushed Mike Williams out the back of the end zone?  Last time I checked, the end zone is still 10 yards wide which means that contact came way more than 5 yards beyond the line of scrimmage.  But the Bucs got what they deserved for missing a FG and not scoring from the one yard line.  At least now the coaches have finally realized that LeGarret Blount is not a short yardage back and Doug Martin really toasted a good Viking defense this past Thursday night to prove it.

The reason I was at the game was that my cousin and some of his friends were in town on a mini vacation and wanted some good seats to a game.  Since I work for the company that has naming rights to the stadium, I was able to get a deal on good tickets down off the side of the end zone and about 20 rows from the field.  Closest I ever sat as well.  Chris my cousin has season tix to the Patsies up in the nose bleeds so he really enjoyed the view from down low.  Not to mention not freezing his ass off.  Apparently San Fran is playing the Pats up there on December 13 in the Sunday night game. And Miami is up there for an afternoon game on December 30.  He is not looking forward to attending either of those games I can tell you.  Nor would I be.

Anyway we had a really good time, hit a few new places and just enjoyed ourselves.  I grew up only a half mile or so away from Chris and our families spent a lot of time together in the summers and holidays so we've always been pretty close.  His parents now have a place in central Florida so he is down here from time to time to see them and in fact will be down here at the end of November.  So while I didn't get to gamble any, I did have a fun weekend and was pretty tired at work Monday.

Holy crap, I just saw the unis the Steelers are wearing today.  What the hell do they call that color, jailbird baby puke?  Wow, yellow and black or purple stripes circling around them?  I'd be embarrassed to be seen in that.  Of course I'm not paid millions or even hundreds of thousands of dollars to work in funny looking outfits.  I might change my tune in that instance.

I love watching football on Sundays from the comfort of my own recliner.  Good thing I'm not an Eagle fan as they look pretty bad today, especially on defense.  Oh look, Andy Reid lost another challenge.  Here's my shocked face. 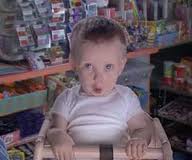 Now Jaquizz Rodgers just ran through most of the Eagle D for 40 yards.  Ouch they cannot stop Atlanta.  Julio Jones has made them his bitch too.  What a TD he had beating Asomugha like a drum.  Unfortunately my wife started Matt Ryan against me in Fantasay Football and he is killing it.against a supposedly good pass defense.  I started Aaron Rodgers against the crappy Jags D and he has all of 1 TD in a 14-12 game that no one expected to be close.  Hey Rodgers!!  Wake up and throw some TDs so you can do your discount double check dance.  Because if I lose to her today I will be very disappointed.  Her team is 6-1 so far while mine is a stellar 3-4.  I loved this team when I drafted it but it just hasn't turned out the way I thought it would.

Last night we hit Derby Lane for the 8pm tourney which we hadn't played in for quite a while.  About 50 players in the tourney.  10,000 chips and 20 minute blinds.  I kept it very tight early establishing my image.  Took down a couple of small pots, lost it back and had my starting stack after 3 blind levels.  Then took it up a notch and started being a little more aggressive.  The cards were nothing much to speak of but I'm not letting that stop me.  I managed to raise up 4-5 and river a straight against a gal for a decent score.  I later took her out when she pushed with 9+7 into my AK and I actually hit a K.  I felt pretty good with 16K in chips but lost 6K back to a shorty who pushed in with 33 over my preflop raise with KQ.  Nothing for me and I hit the first break at just over 10K in chips and feeling a little frustrated at not being able to build a stack.

The PQ was doing a little better at the break but neither of us was lighting the world on fire.  After the break though I got going.  Got some hands finally and even made KK stand up twice, once taking out a guy who thought he would steal with KJ and another taking it down post flop.  My stack started building up and I was starting to feel better.  Then I decided to play like a lion 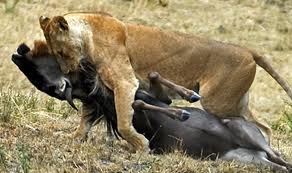 No not this lion taking down his prey 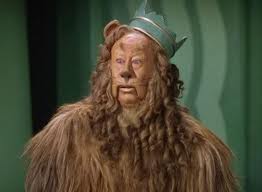 I loved this team when I drafted it but it just hasn't turned out the way I thought it would.

Isn't that always the way?

Regarding the shoving with A-A: that's one situation where I'd show. You've been active and you want to reinforce that you only shove with the nut-type hands. Yes, smart players will see through that, but most players like this aren't that astute.

You always amaze me with every post. You do have the passion in writing and has fascination on life. keep posting you good works. God speed!