She is the queen of all poker 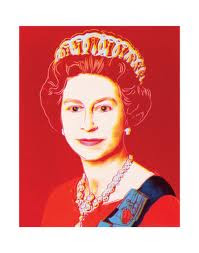 And I am just her slave destined to do her bidding.

I left off at the end of our first long day getting to Vegas and the bit of gambling we did do. Sine we both crashed kind of early we of course woke up kinda early, at least for Vegas. I believe it was about 6am or so. We got ready and hit the ground running. One of the reasons I wanted to rent a car in Vegas was to go to this restaurant for breakfast that is a ways off the strip called Hash House A Go Go. They advertise themselves as having Twisted Farm Food. That is definitely true. If you have ever watched a show called "Man Vs Food" on the Travel Channel and you saw his Vegas show (the one where he tries to eat a 6lb burrito at the Nascar Cafe in the Sahara) you may remember him going to this place. Ever since we saw it we have wanted to go.

Well much to my surprise I found out just before we left for Vegas that they had opened in another location and this one was located in the Imperial Palace Casino just up the street. Off we marched up the Strip at about 7:30 am to the IP. Met some interesting people, one couple who had obviously not been to bed (or at least to sleep) wandering up the strip. Another guy still drunk who was hiding from Harrah's security. You get to meet all kinds early on a Sunday morning in Vegas believe me. We got to the IP and headed upstairs to the restaurant

There was no line at all (of course not, most of Vegas was still asleep on a Sunday morning) so we were seated right away. The waiter comes by and gives us a bit of a description of the menu items and you can see right away something is a little different. You've got your normal breakfast fare - eggs, meat, potatoes, fruit, pancakes, french toast, etc - but they're all put together in meals a bit differently. I got their original Hash House benedict which was the following. Two basted eggs on top of tomatoes, fresh spinach, smoked bacon, a large biscuit, and griddled mashed potatoes all covered by a red pepper cream sauce. Not your typical eggs benedict by a long shot. The potatoes are actual mashed potatoes that they then put on the grill and cook up kinda like hash browns. A little different take on breakfast taters but very good. Anyway they bring this out to me and meal is on this huge plate and has to stand 6 inches high at least. Just a massive pile of food. Now that's what I call breakfast. No wonder it's my favorite meal. VPQ had the tractor driver which was eggs, bacon, potatoes, fried banana and she got the pecan french toast instead of the big as a plate pancake they usually put with this meal. Two huge Texas toast slices of french toast. Needless to say neither of us finished breakfast but I gave it a pretty good run. We didn't leave hungry that's for sure.

After breakfast we had some time to kill so we headed over to Casino Royale just up the Strip a little more. We needed to walk off our breakfast a bit and we enjoyed gambling there so much and did so well that we wanted to try our hands there again. Unfortunately VPQ did not score big on their machines this time and I didn't either but we had fun and racked up some impressive players club points in the process. About noon we caught a cab to the car rental site and picked up our car. We were heading back and were gonna stop at Wal Mart to pick up some essentials - a small cooler, some water we can keep cold in our room, and some other things. On the way to Wal Mart I get a text from Lightning that he has arrived and is sitting in Ballys poker room as we speak so I replied I would be there within the hour and we finished up our shopping. We get to check out and I remember I had a couple of Wal Mart gift cards in my wallet so we got out of there for 5 bucks and headed to Ballys.

We settled everything back in our room and I went downstairs to the poker room. I signed up for 1-2 no limit while VPQ heads over to her fave machines. I see Lightning already sitting there playing and introduce myself. He looks just like his blog pic, but of course he doesn't recognize me till I walk up and introduce myself as there are very few pics of me floating around. I like to stay incognito so I'm not mobbed by the paparazzi. I am soon sitting at his table playing poker as well. Nothing memorable to speak of as I didn't hit much but didn't lose much either. Lightning wasn't getting much either so we weren't playing many hands but he had already whacked the same guy twice for all his chips so he was doing just fine. After a few hours VPQ walks up with some cash out tickets from the machines and she tells me she's hungry. We hadn't eaten anything since breakfast at 7:30 am so by 5 or so the hunger pangs start gnawing. And it's Vegas, there's lots of places to eat. Then VPQ shows me the tickets, one for over $200 from hitting quad Aces and one for over $1000 for hitting a royal flush!! Dinner is on her. Lightning still wants to stack up some more tourista cash so he declines dinner but we head over to Le Burger Brasserie in the corridor to Paris.

A bit of a pricey French take on a sports bar/tavern but we both get terrific sandwiches with VPQ getting a French dip cheesesteak and I got a bacon cheeseburger with brie cheese. Very very tasty but as I said a bit pricey. $11 for a burger may be a Vegas strip staple now but it still rankles me a bit. Still it was a good burger and almost worth that price. We also had a few celebratory drinks as well. When we were done we walked around a bit and I headed over to the poker room but Lightning had headed out for some food and I was pokered out for a bit. The wife wanted to play some more 3 card poker to see if she could become the mistress of all forms of poker around. Needless to say she did it.

We start playing and I'm not doing too well but not long after we started VPQ draws 8-8-8. She is playing both the pairs bonus for $10 and the 6 card bonus (where your cards are matched with the dealer cards and if you can form a winning hand of trips or better you get paid off) for $5. So she is already getting $300 for her set on the pairs bonus and another $25 minimum for the 6 card bonus. If the dealer has a pair in his hand she has a full house for 25-1 on the 6 card bonus. No pair for the dealer though. Instead he turns over the other 8 and she gets 50-1 for the four of a kind. $600 on that hand alone. It wasn't her only one. A bit later she gets trips again!!! I don't play as much 3 card poker as she does as for me it is generally a losing proposition but I have also never gotten 3 of a kind or a straight flush any time I have played. She is getting them left and right. This time unfortunately the dealer did not have the other card for the quads but he did have a pair and she got the full house bonus as well. Even paying for my losses she still walked away from the table with almost $1000.

We're getting kinda tired so we go play some video poker to kill a little time before going to bed to hopefully sleep the night and get on western time. We lose a bit but head upstairs still quite profitable day. VPQ is now APQ as she is obvious Queen of All Poker. Its surprising Ballys hasn't banned her from the 3 card poker game - especially after what she does the next day. But that is for another post as again this is carrying on a bit long. Till then stay lucky you nuts.

Always enjoy playing at Casino Royale. It reminds me of the "old time" casinos. Plus, I usually leave there a winner.

Maybe I'll see you there later this week and have VPQ give me some poker lessons :o)

I'm enjoying the updates. GL the rest of the way. I'd wish APQ GL, but why waste it on someone who doesn't need it?

Well she could have used some more luck yesterday. She had a good winner early but gave it all back. She was not as happy at bedtime last night.