Back to the asylum

Just to prove I'm not really crazy, I decided to visit the Hard Rock last night for a little more torture NL Holdem action.  I was immediately seated at a 1-1 no limit table.  At least I didn't have to wait long for a playable hand.  3rd hand I'm in the small blind and get AK off.  There were 5 limpers so I raised to $6.  Everyone called including the big blind.  Flop completely missed and I check folded to a bet and raise.  That was the story of my night every time I got AK (at least 4 times).  Raise, bunch of callers, whiff the flop, someone bets, someone raises, I fold.  Felt like every other flop had an A or K or both but not when I held those cards.  Or AQ or AJ.  I didn't get either of those very often but they also failed to improve.

In less than an hour I'm down almost $50 and wondering how bad this session will go.  But then things turned around.  I picked off a bluff when I flopped a pair of jacks and called the guy in seat 1 when he tried to steal the pot on the river.  This got much of my losses back.  From there I just held even for awhile and watched the action.  I kept my range pretty tight which set me apart from most of the rest of the table.  I won a couple of small pots with JJ (got that 4 times, outside of 1 hand, the best pocket pair I saw all night) when the flops were low.  Then came the key hands.

Lady to my right in late position limps in with about 6 others.  Flop was AK2 all diamonds.  Everyone checks and she bets out about 6 bucks.  Guy in seat 7 calls.  Turn is another K.  She bets $10 and he calls her again.  River is a black 3.  Seat 7 leads out for $25.  She raises him all in for another $60 or so.  He has her covered by about $50 and calls her.  He flips over K2 for the boat.  She shocks the table by flipping over AA for the bigger boat.  No one could believe she held AA on that hand.  Well played madam.  I made sure I when I tangled with her I had the goods or at least could represent them.  And the poor guy in seat 7.  It wasn't the last time he took the worst of a big hand.

A few hands later I was dealt QQ in the big blind.  There were 5 limpers including the guy in seat 7.  I raised to $7 from the small blind and all but one called.  Not ideal but for the only time that night, I had a pocket pair that hit.  And it hit HARD.  Flop was AQQ with 2 diamonds. Now how do I get big value out of this.   I checked the flop and so did everyone else.  Ok, not ideal either.  Turn was an 8  unfortunately not a diamond.  I led out for $10 and got 2 callers.  River is a 5, also not a diamond damnit.  I decided to try a weak play and see if someone would make a move.  So I bet $7.  Seat 7 raises all in for another $30.  Seat 1 regretfully folds.  I immediately call and flip over the Queens for flopped quads.  It was unfortunate there were no bonuses for big hands outside of royals there.  It was also very unfortunate the K of diamonds didn't hit the flop or river.  I'd have lost the hand to Seat 1 and his royal flush draw but would have won around 25K for the bad beat jackpot.  I wouldn't have minded losing with quads that time.  But it was not to be.  If any other diamond had hit the turn or river, Seat 1 said I'd have cleaned him out too as he would have pushed in.  I waited a little later to do that to him.  I didn't see what seat 7 held but I think it was either AK or AJ. 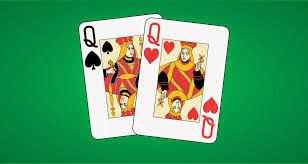 I got Seat 1 a little later.  I was dealt Q8 of diamonds in the small blind and checked from the small blind along with 5 limpers.  Flop was Q 10 3 with 2 spades.  I bet out 5 bucks and 2 callers then Seat 1 raised to 12.  I thought for a bit and put him on a small 2 pair, a flush draw, or possibly a Q 10.  I was the only caller of the raise.  Turn was an Ace of diamonds.  Now I have the queens plus the flush draw.  He only bet out 10 and I felt priced in.  River was the 8 of clubs giving me 2 pair.  I didn't like the feeling that this guy might have a bigger 2 pair so I checked.  He pushed all in for $24.  He had lost a chunk of chips a few hands earlier on a semi bluff and that factored into my thinking.  I took a couple of minutes to work through the hand.  Based on the fact he didn't bet the turn very hard, I really didn't put him on Q-10 because if I had that in that setting, I would have tried to take it down on the turn to prevent the flush draws - both diamonds and spades - that were there on the turn.  So I figured either the small 2 pair or the busted draw and eventually called.  I was right as he had 10-6 of spades for a small pair and flush draw.

That hand put me up about $120 for the day.  Wait a minute, I actually am having a positive session?  Maybe I should quit now.  But I didn't.  I got a lot of cards that I folded, played a few hands that were unsuccessful, then got JJ in the small blind.  Only 2 limpers at the point so I raised to $5 and got 2 callers.  Flop was sweet, 8-4-2 with 2 spades.  I led out for $10 and the guy in seat 8 pushes back for $30.  Now I have to think hard.  The guy had just lost a hand a few minutes before when he flopped 2 pair and let the guy in seat 1 stay in the hand on the turn and then he rivered a small flush to beat him.  That definitely figured into my thinking.  I took maybe 3 minutes thinking about the hand and in the end I decided he either had a small pair, a set, or maybe a flush draw.  I really thought it might be a case of him thinking I had AK or AQ and he felt he could push me off the hand as I flopped nothing.  But something inside me said he had 44 or 22 and feared a flush draw this time.  Eventually I folded.  I was debating fold or put him all in for another $60 on top.  If I'm wrong I lose almost all my profits and maybe that weighed into my decision.  No maybe, it did a little bit.  What do you guys think?  I never saw his hand so I don't know if he stole it or I avoided a big trap.

The poker gods apparently decided I blew that hand.  I didn't get anything much for the next hour or 2.  I folded a lot but the few times I did play I missed everything and my stack dwindled to about a 40 buck profit.  I was in the big blind in an unraised pot with 3-5 off.  As the dealer spreads the cards I'm thinking  "Ace, deuce, four".  He listened.  Ace of clubs, 2-4 of diamonds.  I lead out for $6.  Seat 7 again pushes all in for around $55.  He had taken another beating on a hand when he raised with AA, got 2 callers, bet out on a KJx flop and lost to seat 1 who called with KJ.  So I figured he had a hand and didn't want the flush draw to hit.  Everyone else folds, I call and when an 8 and a Jack, non diamond, hit the flop and turn I flip over the 3-5 for the wheel straight.  Guy is stunned and that's it for him tonight.  He went through $400 and lost every big hand he was in.  Some times this game is just a bitch and tonight he was the fire hydrant. 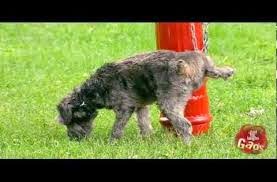 The PQ texted me that it was time for dinner not much later so I packed up a nice $110 win and headed out.  My daughter and her pal who was in town for the day met us so we dined at the Rise deli and bakery.  We had some tasty food, I went for the chicken pot pie.  It was HUGE.  It tasted delicious and smelled like victory. 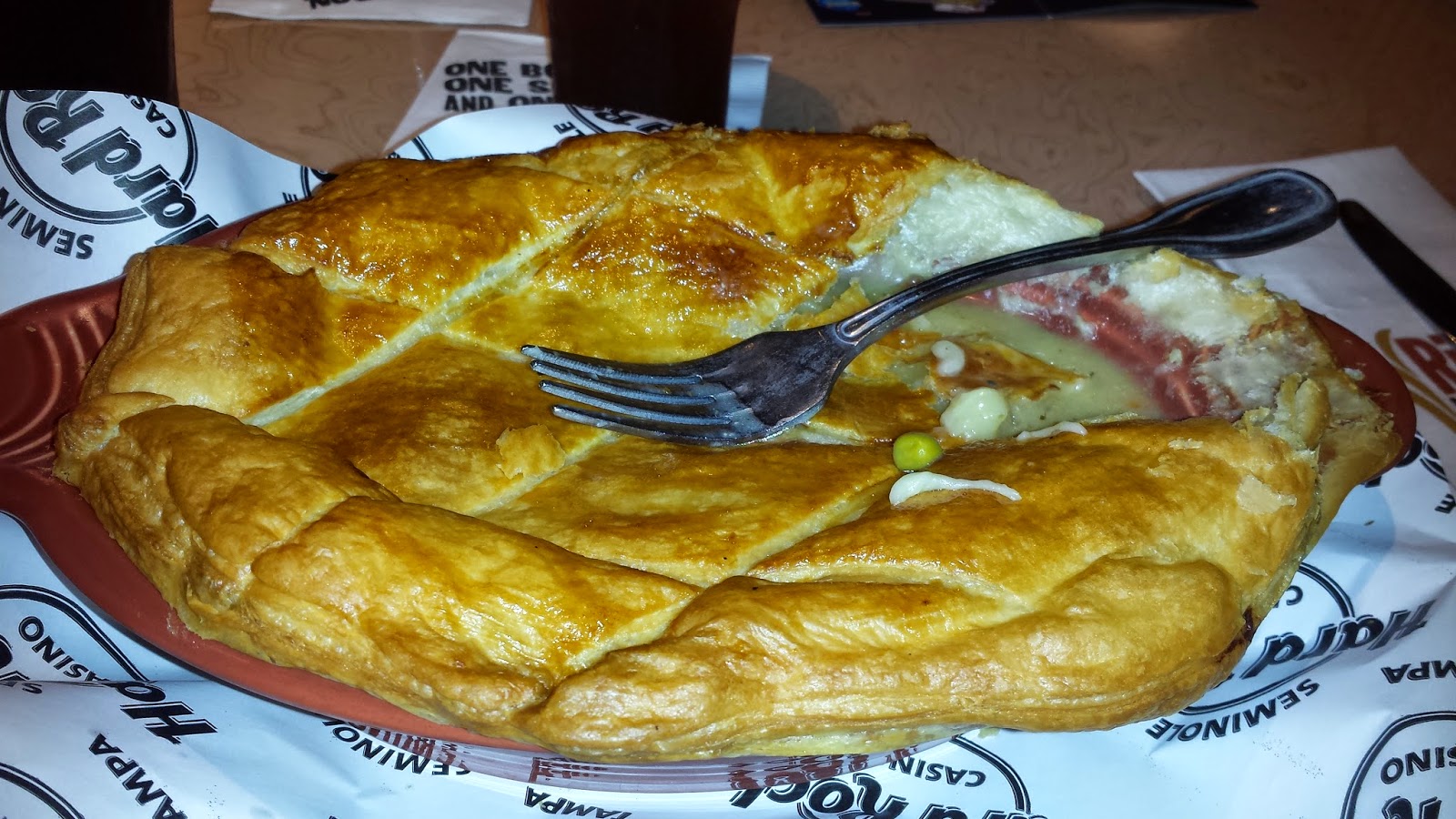 Now it's time for me to get my fantasy teams together.  I have Adrian Peterson on two of them.  Guess I better sub him out today.  Hopefully not for the rest of the season.  Have a great Sunday everyone and Go Bucs.

And I just wrote a comment on MOJO's blog about what a sucky hand Q-Q is ... at least when you don't flop quads!

QQ doesn't seem to be working for me, but give it to me anyway! Congrats on the nice score. As a bonus, sounds like you had a good time.

Queens seem to cost more than they make you but at least on this occasion they worked out well. Yes Mojo it was a fun time.

Congrats on a nice session. Flopping quads is always nice, tho it's usually tough to get get paid for them.

Question about that 1-1 game? So there are two blinds and they are both a $1. And you can enter the pot for just a buck? I was thinking some of your preflop raises were small but I guess not. But if that's the case, the small blind and the big blind are the same, right?

Yes, both blinds are a buck. Its cheap to limp and I've played sometimes where it's almost like playing limit holdem. I've also played at times where it's like 1/2 or 1/3 where every hand is raised etc.